The Fiscal Court is the governing body of Daviess County, composed of four elected officials: the Judge/Executive and three commissioners.  To see an interactive map of the County’s divisions, please click here. 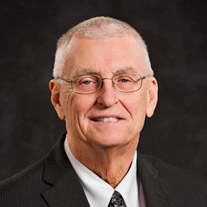 The Judge/Executive is the highest elected office in county government. Al Mattingly was elected in 2010 and sworn into office on January 3, 2011.

In 1971, he married Ms. Judy Wolfe, and together they have one son: Will Mattingly. Judge Mattingly, born to Alfred and Commie Marie Mattingly on May 23, 1947, is the eldest of twelve siblings. He graduated from Owensboro Catholic High School in 1965, and received his Bachelors degree in Biology from Brescia College in 1969. Following graduation, Judge Mattingly served in the United States Army from 1969 until 1972.

In 2003 and 2007, Judge Mattingly was elected and served as an Owensboro City Commissioner. In 2007, he served the Owensboro City Commission as Mayor Pro Tem. He has always been active in the community and his church, Our Lady of Lourdes. In addition to being a member of various civic and professional organizations, he is also President of Acme Plumbing and Heating, Inc., a family-owned plumbing, heating and cooling business.

Judge Mattingly welcomes citizen comments, and promotes citizen involvement in all areas of county government. He may be reached by phone at 270-685-8424 and by e-mail at amattingly@daviessky.org. 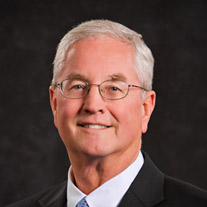 In 2010, George Wathen was elected as the Western Division County Commissioner. In 1980, he married Ms. Joanie Hein, and together they have six children (Katie Edge, Mary O ‘Herron, Will, John, Ben and Christina) and fourteen grandchildren. He graduated from Western Kentucky University, receiving a Bachelor of Science Degree in Institutional Administration. Additionally, he received his Masters in Business Administration from Murray State University. Commissioner Wathen has over nine years of small business experience, thirteen years of manufacturing management experience and nineteen years as a Realtor.

George has been involved in his community for many years, including service on the CASA Board, Animal Control Board, Chamber of Commerce Board, Senior Citizens Board, Parks Board, Convention Visitors Bureau, Drainage Committee, Storm Water Quality Advisory Committee, and the Daviess County Safety Committee. He coached youth sports for twenty-four years in the Catholic Youth Leagues.  He is a member of the Knights of Columbus, The Serra Club of Owensboro and is a lifetime member of The Immaculate Catholic Church where he serves as a lector. 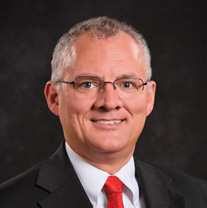 In 2010, Charlie Castlen was elected as the Central Division County Commissioner. Previously, Charlie served five terms as an Owensboro City Commissioner, and four of the five were as Mayor Pro Tem. He is a graduate of Brescia University and is a self employed CPA with more than thirty-three years of experience in banking, public accounting and government. Charlie has been married to his wife, Lisa, for over thirty years. Together, they have three children: Sarah, Theresa and Daniel. Charlie is a social and fiscal conservative and is a committed friend of the taxpayer. 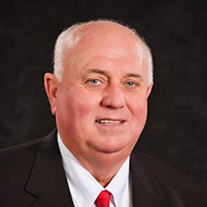 In 2014, Mike Koger was elected as the East Division County Commissioner. In 1970, Mike married Ms. Donna L. Hayden, and together they have two children: Holly (Koger) Alexander and Jason. Born to Charles and Maybelle Koger on April 24, 1951, he is the eldest of five children.

Mike Koger is a graduate of Daviess County High School and attended Brescia College. He served in the United States Army Reserves from 1970-1978 and attended a five year apprenticeship program with the Plumbers & Pipefitters Local 633 in Owensboro. In 1984, Mike established (and currently operates) Consolidated Mechanical, Inc., a family-owned plumbing, process piping, welding, heating and cooling business. He is partnered with several other companies throughout the community.

Active in his community, Mike has served on many boards and participated in a number of community services, including the U.S. Bank board, American Red Cross, Salvation Army and as the Republic Bank board advisor. In 1999 he was named Owensboro Chamber of Commerce Entrepreneur of the year. Additionally, he is a longtime member of Blessed Mother Catholic Church.

Commissioner Koger welcomes citizen comments and may be reached by phone at 270-685-8424 and by e-mail at mkoger@daviessky.org.