The Jim Lambert Pioneer Village is located in the Nature Center of Yellow Creek Park adjacent to the Nature Trails. Just a short walk up the hill, across the iron bridge, and you will see the Rosenwald School on the left. Continue following the gravel road to a one room cabin referred to as the Small Cabin. Behind the Small Cabin is situated a two room cabin referred to as the Large Cabin. Both cabins have porches with over hangs just made for relaxing in the shade dreaming of simpler times. Looking out to the right from the back porch of the Large Cabin is the Ward Pedley Sr. Forge, a complete working forge with hand crank bellows. To the left built under shade trees is the barn. 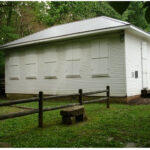 Between 1914 and 1932, Julius Rosenwald, an American businessman, philanthropist, and president of Sears, Roebuck & Company, contributed $4.4 million toward construction of more than 5,000 schools and associated facilities for African American students and teachers in fifteen southern states. Pleasant Ridge, Utica, and Whitesville were selected as Daviess County sites.

In 1992, the school was moved to Yellow Creek Park and restoration was completed in 1996 through the efforts of Daviess County Fiscal Court, Kentucky Bicentennial Commission, Kentucky African American Preservation Alliance of Owensboro-Daviess County, and former students and teachers, as well as special friends. 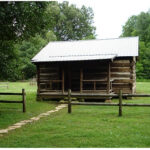 Originally located at the corner of Kentucky Highways 661 & 662 at the LaFlow Farm, the small cabin was donated by Gilbert Oliver. 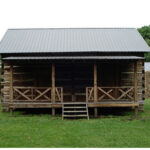 The large cabin was donated to the Parks Department by Joyce Edwards in honor of her grandparents, J.L. & Myrtie Bolton-Potts. The cabin once sat on South Hampton Road in east Daviess County. 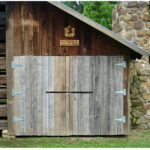 The Forge was a unique attraction added to the log barn in 2013 and is in total working order. 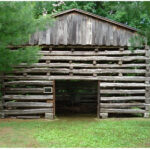 This log barn was once situated on Red Hill Maxwell Road on a farm originally owned by the Samuel-Davis family and was donated by Henry Morgan. 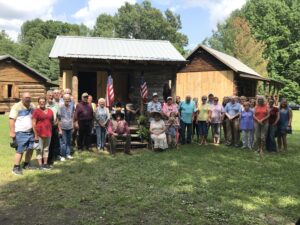 The Jones Cabin, constructed in 1821 by Jesse Jones, was originally located on Jones Road 1.22 miles east of Yellow Creek Park.  Donated by Judy Bandy, this one room log structure is known to have had Jesse’s father, Revolutionary War Soldier, James Jones to have stayed in the cabin after the family’s migration from North Carolina in the early 1820s.  Members of the Jones Family, including Jesse Jones’ great-great granddaughter Ruth Harrison (who was born in the cabin and married there), joined County Judge / Executive Al Mattingly and County Commissioners to dedicate this newest structure in the Jim Lambert Pioneer Village on Saturday, June 1, 2019.