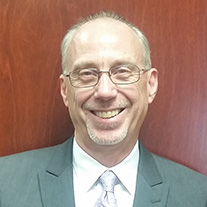 Claud Porter was elected as the Daviess County Attorney in 2006.

Married to Karen Porter, they enjoy spending time with their children and grandchildren.